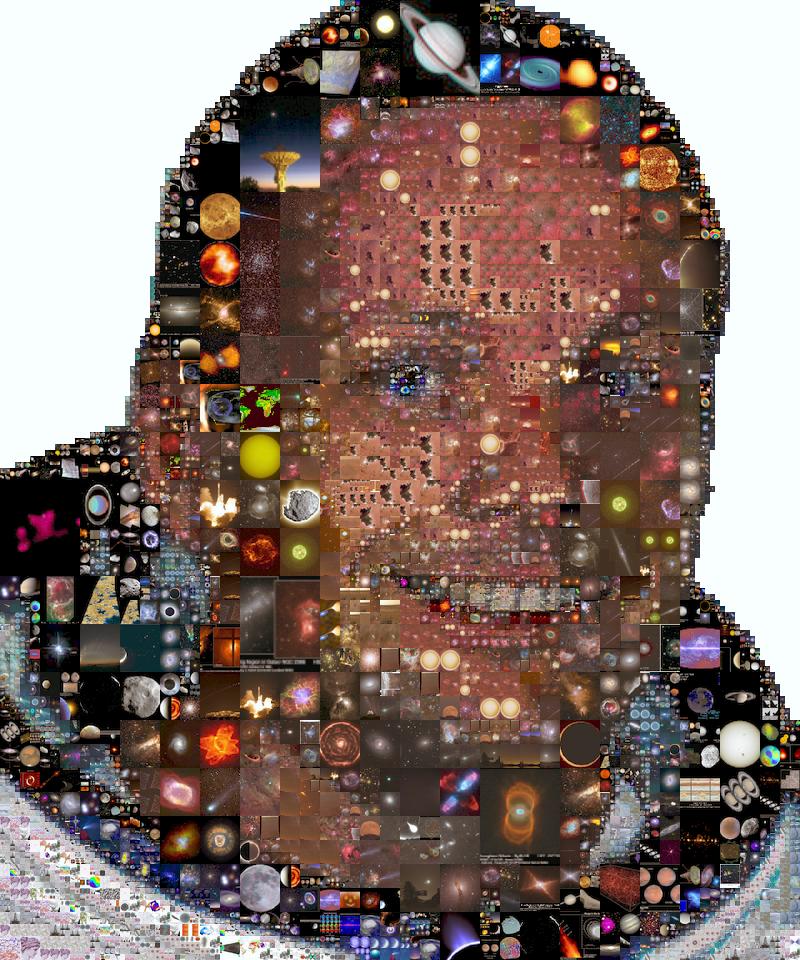 I wrote a program that builds photomosaics.

I was impressed by a magazine cover by Charis Tsevis, an artist in Athens who specializes in these. Tsevis uses a combination of professional software and custom scripts, and his mosaics are subtler than regular photomosaics. He mixes tiles of different sizes, using smaller tiles to capture the detail of a face or to trace along a curved edge. In some mosaics, he spaces tiles irregularly, evoking an unfinished jigsaw puzzle. He adapts the color palette of his subject to the colors in his collection of tiles. I wrote a script (in Python and SQL) that builds mosiacs in the same style, mining collections of 2000–10,000 pictures. Tsevis’s high-quality work is probably impossible to automate, but I can make passable imitations.

I assembled the photo of Neil Armstrong from NASA’s Astronomy Picture of the Day archives. Here is the original photo with three styles of photomosaic from my script: traditional regular tiles, multi-scale tiles, and irregularly spaced tiles.

The Library of Congress is another good source for free images in bulk. Below: Ella Fitzgerald from vintage performing arts posters and Baltimore Oriole Matt Kilroy (1866-1940) from baseball cards of his time. 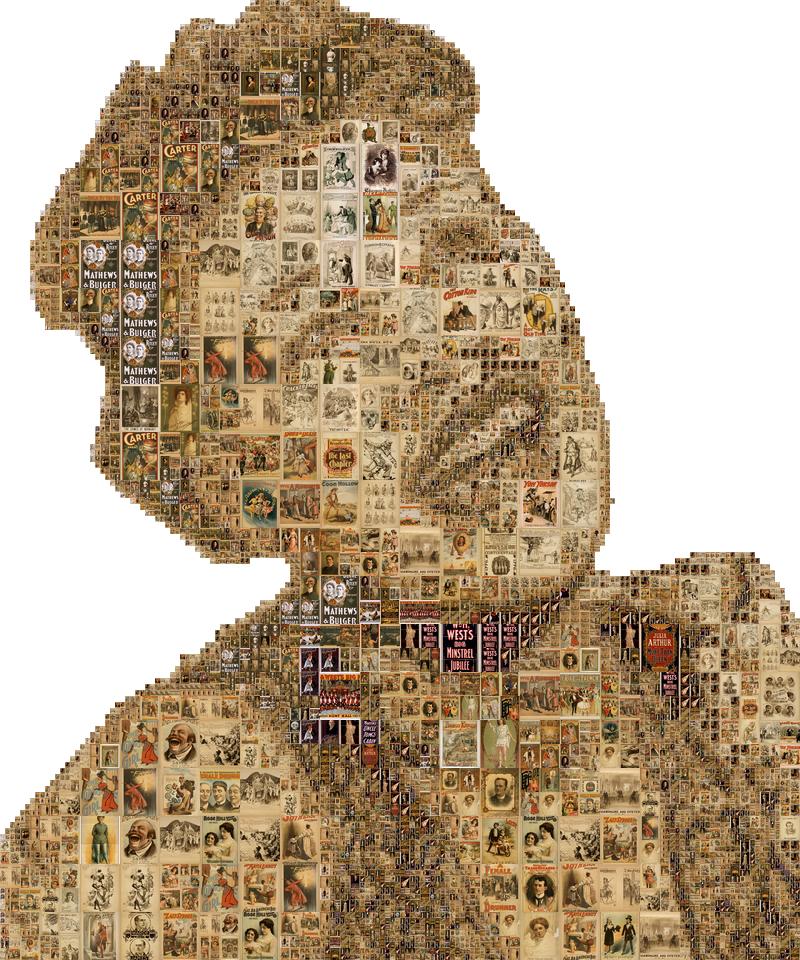 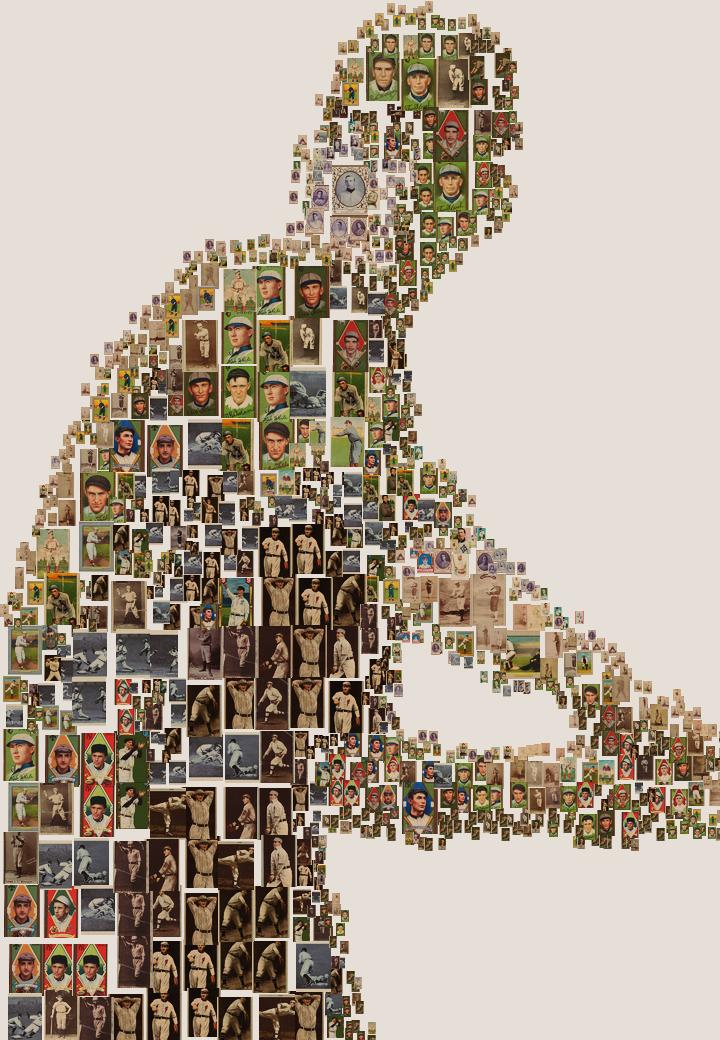 My script is in an open-source GitHub repository, on which page you can read more about how it actually works. Probably the most interesting section for a quick read is how matching images are chosen.

Incidentally, the original computer-generated photomosaic was invented in 1993 by Joseph Francis, who still works on digital art and writes about it. If you want to make some mosaics but you don’t want to mess around with my Python script, install AndreaMosaic for Windows and Mac. It doesn’t have these Tsevis-inspired features (yet, anyway) but it makes good regular mosaics.