Quotations from Zlatko Tesanovic, brilliant physicist and colorful character. He was remembered today in a tribute held by our physics department.

It is OK to ask questions, but you must recognize the monumental clarity and precision of my answers.

In the past, when computers were not around, people had to think, and so they did.

One should not get emotional with methods of steepest descent, but somehow I do. It will be like a light to you in dark rooms in the middle of the night, when you are despairing and everything else has failed you… and you will realize, the Method of Steepest Descents is your only true friend.

This is our problem, not nature’s problem.

‘Ansatz’ means ‘guess,’ but when you say it in German it means ‘educated guess.’

This is where we separate real homo sapiens from other apes.

On Schrodinger, who lived in a house with his wife and her beautiful sister, who was also his mistress: > He knew absolutely everything about partial differential equations. So, you see, if you know everything about a particular method, it is like waiting on a platform for a train. And, sometimes the train does not come. but, for Schordinger of course, the train came Big Time.

Of Clebsch-Gordan coefficients: > The kindest thing anyone can say about them is that they are tabulated.

Rays of sunshine will come into your lonely room. 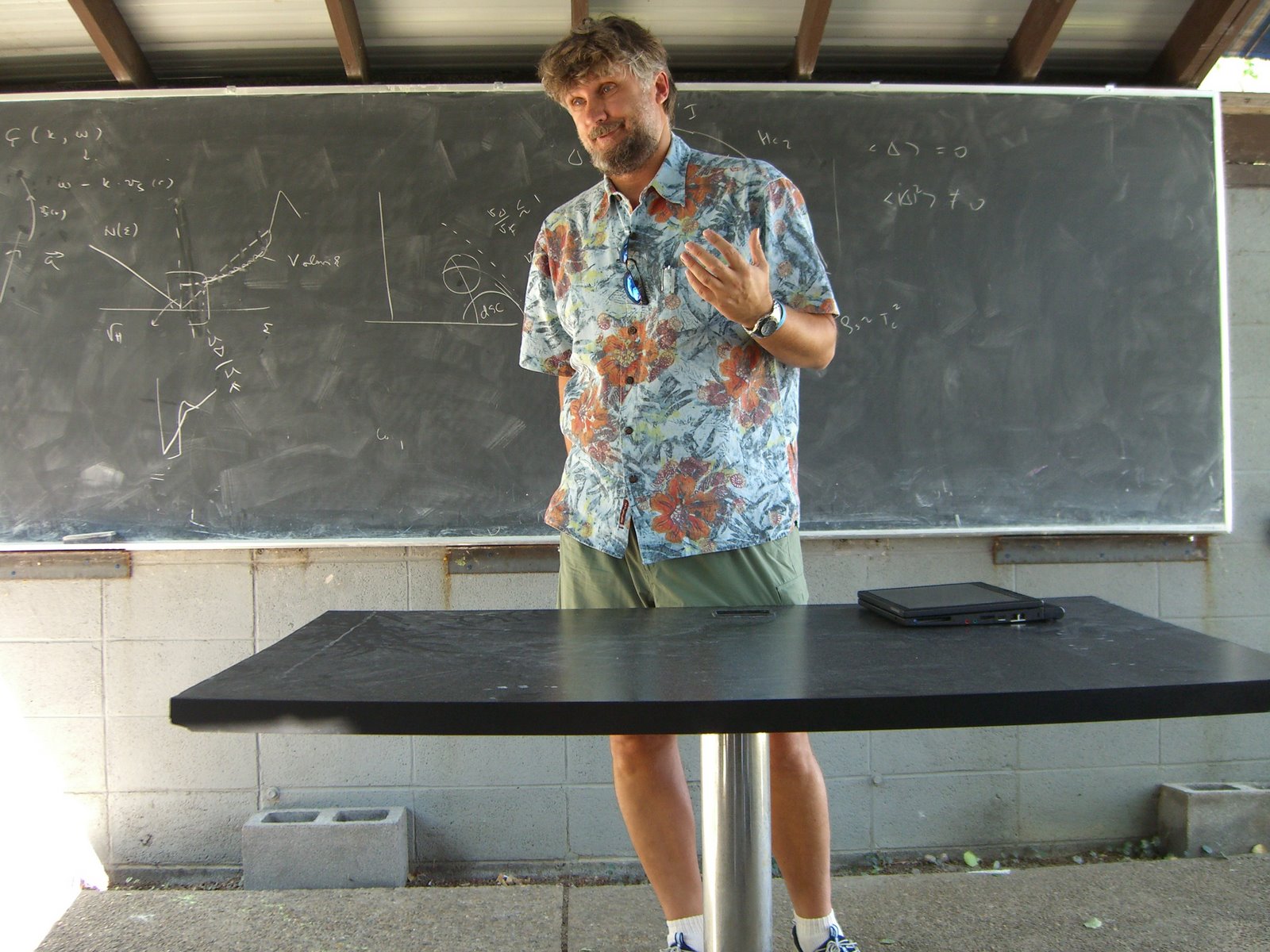 Now, just by enduring evidence, we come to the heart of its boring darkness: Special Functions.

Physicists have played a great part in the economic collapse of the planet.

Dirac was a different sort of guy… in fact, people always suspected he was an alien. A real one, not just a foreigner.

The problem with liquids is that they are not a gas.

Ignorance doesn’t have to contain logic — truth — behind it.

For the best written distillation of Zlatko’s humor, read his restaurant guide.