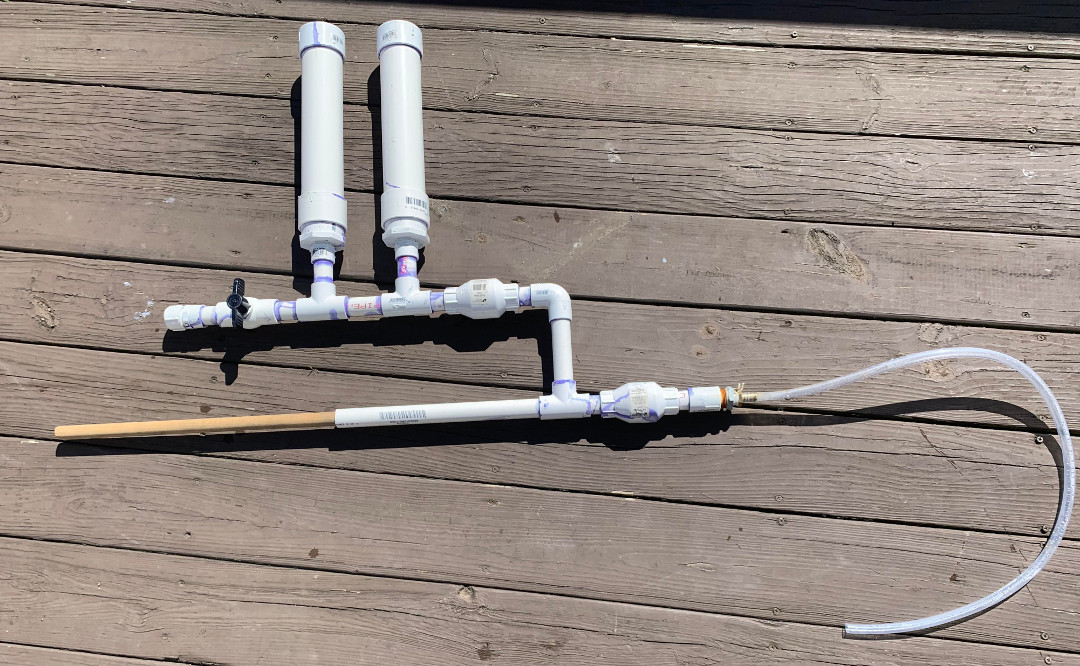 The Super Soakers from the 1990s were engineered with clever, patented ideas advancing toy water gun technology. Since the early 2000s, toy manufacturers have abandoned these ideas and regressed to selling cheaper, simpler models that take up less shelf space and hit a lower price point. Nowadays, if you want a Super Soaker that holds up to the ones from the 90s, you have to find an old model in the used toy market or build your own. This what I have learned in building my first homemade Super Soaker.

Super Soakers had some innovative ideas

The Super Soaker was invented in 1982 by Lonnie Johnson, while he was employed by NASA’s Jet Propulsion Lab. It was ready for commercialization in 1990, first marketed as the “Power Drencher”. Dozens of variations on this design would follow. 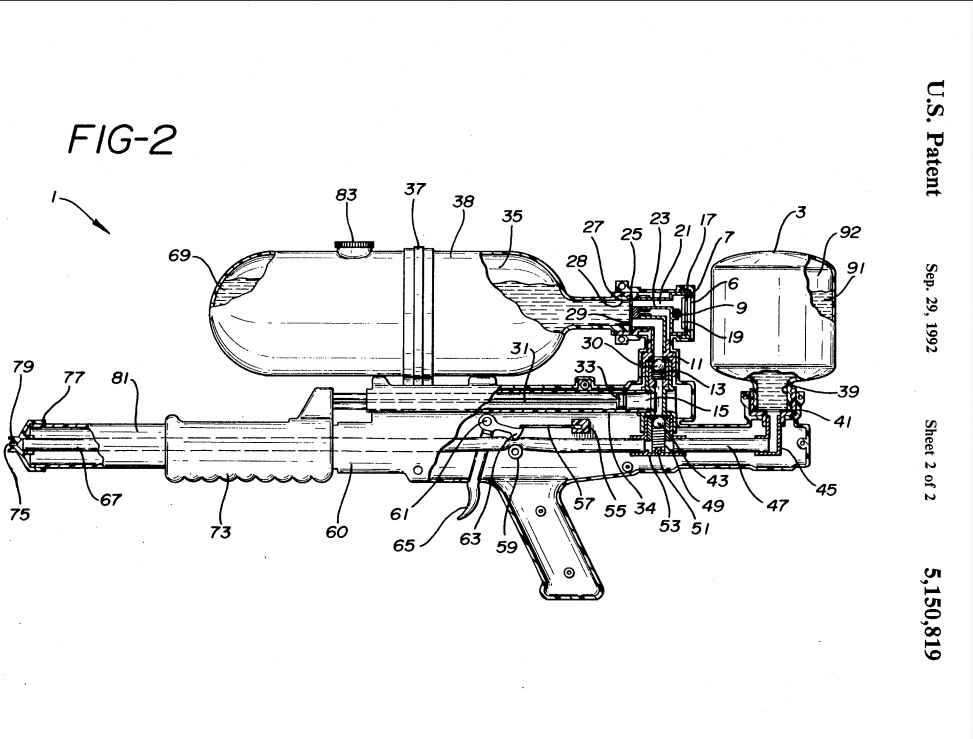 The patent is credited to Johnson and Bruce M. D’Andrade, who helped develop Johnson’s prototype into a design viable for commercial manufacture. A later patent, US6193107B1, “Bladder water gun”, credited solely to D’Andrade, describes the design underlying the CPS (Constant Pressure System) series. In a CPS model, the pumping action forces water into an elastic balloon that delivers a steady blast of water when discharged. This has some advantage over the XPs, which slow to a trickle when the pressure drops; however, it requires a lot more pumping for a comparatively short blast. CPS models also tend to be larger and heavier. The history linked above reports rumors that the CPS 2000 was removed from the market for being overpowered. 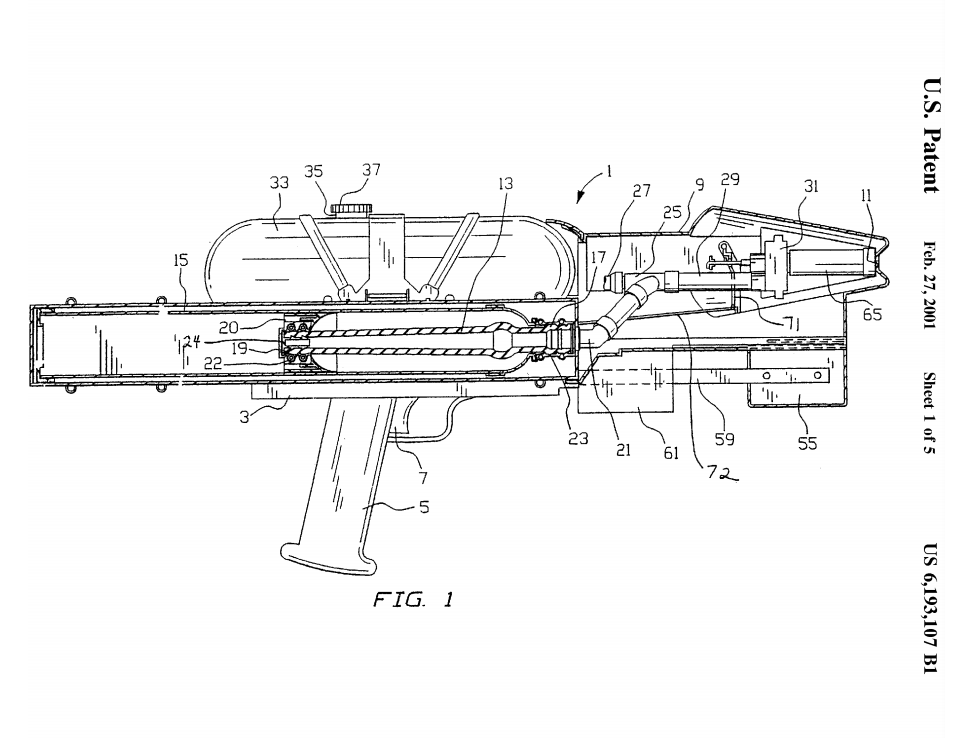 In the D.I.Y. community, high-powered CPS models are popular. I am much more interested in Johnson’s original air-pressurized design. It’s more adaptable, lighter-weight, and more fun. Fortunately, there are some excellent resources on these as well. D.I.Y. implementations of Johnson’s design go by the term “Air-Pressure Homemade”. I followed a detailed guide for building one out of PVC, which was developed by Ben Trettel about a decade ago. (It made me smile to discover that Trettel is currently a PhD student studying turbulent liquid jet breakup.)

Most of the D.I.Y. resources I found, including that guide, are archives that haven’t been substantially updated since the early 2010s. I found more recent activity in the formus at WaterWar.net, where discussion consists of sharing photos of D.I.Y. builds, floating design ideas for feedback, and griping about the sorry state of commercially-available Super Soakers these days.

In 2017, D.I.Y. YouTube personality Mark Rober made a splash with a record-holding Super Soaker. His video describing the project includes an interview with Johnson.

My prototype is a variation on a popular guide 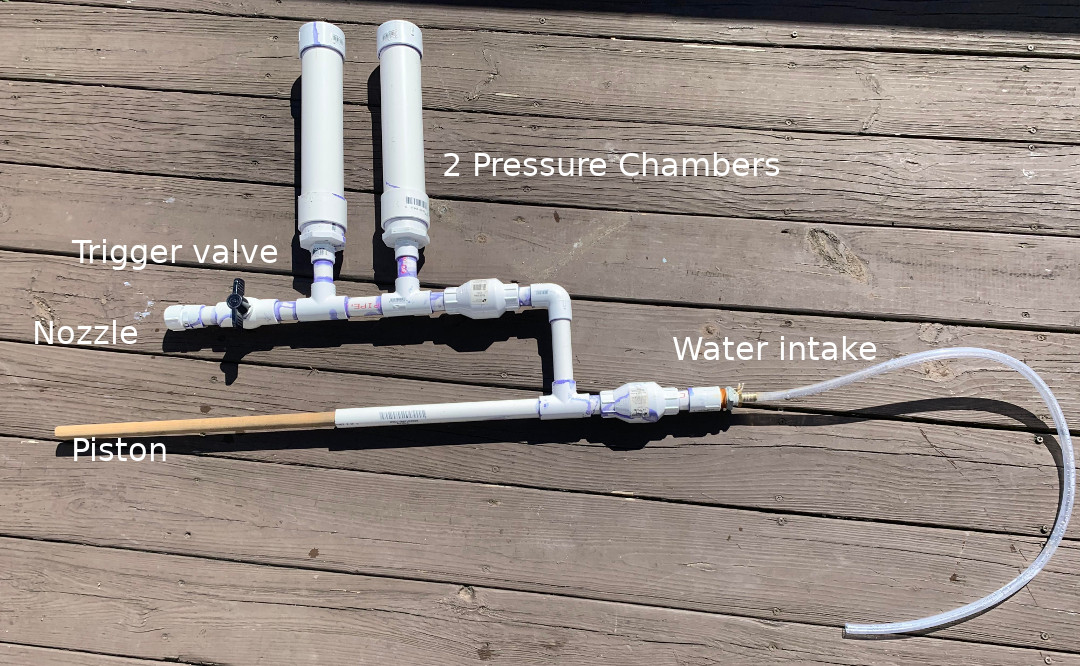 My prototype follows Trettel’s guide with the following minor variations:

This shows the stream breakup and the range (about 30 feet). It will be interesting to see what difference a better nozzle will make.